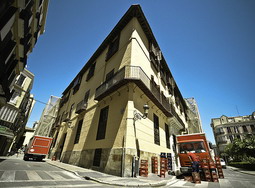 The new building is planed to replace three current hospitals in Malaga, a resort city in the South of Andalusia. Malaga Mega-Hospital will have about 1500 beds that is 350 more than total quantity of beds in the local hospitals Materno, Civil and Carlos.

The new hospital will occupy a site of 20 hectares. It will be situated at Soliva norte-Lagar de Oliveros, in the area of Malaga University. Besides the creation of the hospital it is planned to build a new road to it and a metro station. About ten thousand employees will work in Malaga Mega-Hospital after its opening.

For the building of the hospital a sum of 400 million euros is needed. The equipment of the facility will cost about 200 million euros. However, it isn’t certain till now how the project will be financed. For the present, the governing body of Andalusia (the Junta de Andalucía) has offered to sell the lands of Materno, Civil and Carlos Haya hospitals. But this idea has met a heavy opposition from P.P. Mayor, Francisco de la Torre.

It should be mentioned that Malaga is the first city in Andalusia which could be classified as a Smart City. Exactly in Malaga the plans of reducing the pollution by 20 per cent and decreasing of power consumption are established for three years period.


Photo is published under the public license: Walter Watzpatzkowski.