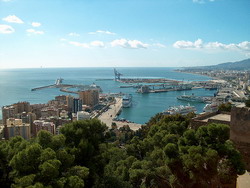 Cudeca Cancer Care Hospice announces that Melanie Griffith and Antonio Banderas have decided to support a benefactor campaign. The famous actors have shot a video in which they inspire people to render assistance to Cudeca Hospice.

Cudeca Cancer Care Hospice, which is situated in Malaga city, Andalusia, started its project in 1992. Since this time, the Hospice has helped more than 5,600 people who have suffered from advanced cancer at non-curable stage. The patients of Cudeca receive special care from professional doctors, nurses and psychologists. It is notable that all services of the Hospice are free of charge.

Antonio Banderas, who is Malaga born, and Melanie Griffith said the “Cudeca project is beautiful and impressive”. The actors also added that they were going to visit the Hospice Centre in Benalmadena ass soon as they would have possibility.