The Spanish army is now opened for transsexuals 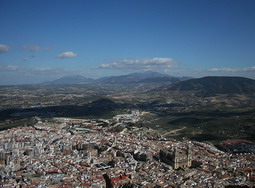 Transsexual from Jaen, a town in the northeast of Andalusia, achieved the changing of Spanish legislation. Carme Chacon, Spanish defense minister, hasn’t refused of her words and changed the law. So, transsexuals are allowed to join the Spanish armed forces since now.

Aitor G.R., 29 years old transsexual from Jaen, has dreamt about joining the army for all his life. He had attempted to do it for three times, but without any positive results. Only his fourth attempt has been crowned with success, although he is 29 now and he couldn’t be accepted under ordinary procedures. However, Aitor G.R. believes that there could be made exception and his dreams will come true.

The changes became law on 4th March, two days after their approval, when they were printed in the Official State Bulletin. The list of medical requirements to army candidates, which was drawn up in 1989, underwent a change so that transsexuals have a chance to accept the Spanish armed forces.

Photo is published under the public license: JuanJaén.