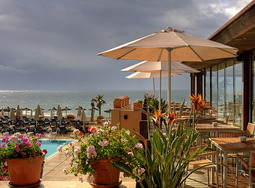 The Town Hall of Marbella, one of the most luxurious resort cities in the South of Andalusia, decided to cancel financing of some local festivals and fairs. The decision was made to contract enormous expenses on a plenty of festivals held in Marbella annually.

The main festivals, that are Fair and Fiesta of San Pedro de Alcantara (October) and Romeria of San Bernabe (June), will be celebrated not in such a big way as in the last few years. Holding of Nueva Andalusia, Las Chapas, El Ingenio (the Feast of the Virgen del Carmen that takes place in July), and El Angel Fair (the oldest festival in the town) is taken by the administration of Marbella upon itself. However, financing of twelve much smaller fiestas, such as Verbenas, is stopped.

Many citizens of Marbella are displeased with the decision of the Town Hall to cut costs. Among dissatisfied there are the residents of Plaza de Toros where a very popular fair, which is held 3 days in September, takes place. Although affected residents have declined an offering of the Town Hall to put up a stage if they decide to hold fairs with own financing.


Photo is published under the public license: BK59.