The site of the gourmet Neanderthal was found in Torremolinos 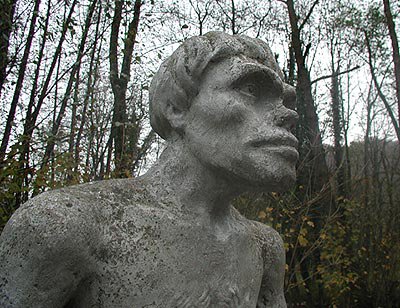 The site of the gourmet Neanderthal was found in Torremolinos

The cave in Torremolinos - one of the most famous resorts on the Costa del Sol - presented Spanish archaeologists a surprising discovery. Here was found the Neanderthal site, which age is more than 150 000 years.

However, the archeologists were interested not so much in the site itself, but the Neanderthal food. It turned out that the cave dwellers in those prehistoric times included shellfish in their diet.

It is worth noting that the Spanish scientists’ find is similar to another discovery, which was made as a result of the caveman site inspection in South Africa. The age of fossilized shellfish found there was about 164 000 years.

Anyway, Bajondillo cave, the site of the caveman can be a place of one of the oldest sites of the Neanderthals in Europe. Previously founded sites were about 50 000 years younger than Torremolinos, reports AFP.

As for the diet, this issue was also extremely interesting from a scientific point of view. Many scientists have previously suggested that human development in its modern type was stimulated by the food. It was believed that the use of molluscs is a trait that distinguishes homo sapiens from the other ancestors. Of the possible reasons for the evolution of species was considered the ability to eat shellfish. However, Neanderthal-gourmet disproved this theory.