The quantity of complaints from tourists of Costa del Sol, the most popular resort area in Andalusia, decreased. 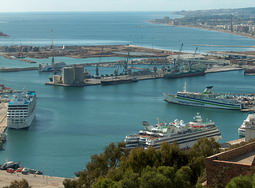 According to the statistics of Tourism Department, the number of complaints that were lodged by tourists of Costa del Sol amounted 394 in 2008. It decreased in comparison with 422 official complaints in 2007.

394 official complaints is a really small number if compare it with the total quantity of tourists. For example, Andalusia was visited by 212,000 travelers from the USA in 2008. That is about 40 per cent more than in 2007.

However, there are some bad news. The number of tourists of Costa del Sol, who were displeased by the quality of service, is three times more than in 2007. It amounts 30 per cent of the total number of complaints. It indicates that people became more critical to hotel stuff, hygiene and quality of food. Therefore, hotel administrators should be more careful at hiring and training of their potential workers.

The overwhelming majority of the complaints are about hotels and travel agencies. One quarter of the complaints were concerned to the services in Malaga city, the capital of Costa del Sol. This fact is not very surprising because Malaga is the biggest city in the resort area, and it is one of the most popular tourist destinations in Andalusia.