The San Antonio Abad church in Cuevas del Becerro, Andalusia, has been robbed 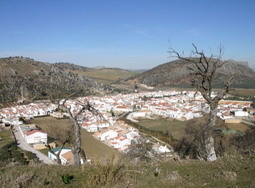 Thieves have made away with gold jewellery, which were placed on the figure of the Virgen de los Dolores. This figure is very revered in and around the village of Cuevas del Becerro, which is situated in Malaga province between Ronda and Campillos. By the words of Emilio Lopez, the parish priest of the church, all the jewellery were endowed to the Virgin by adherents.

A loss of a gold necklace, a chain with a gold cross and gold earrings was found out by churchgoers of San Antonio Abad on Friday. However, Emilio Lopez thinks that the robbery could be committed a few months ago. The loss of the jewellery has upset churchgoers especially because of an approaching celebration of Semana Santa (Holy Week).

The parish priest of the San Antonio Abad church supposes that the theft could have been made by the same people who stole money from the church collection box half a year later. Investigation of the crime has been launched by the Guardia Civil.

Cuevas del Becerro is a small village located about 100 kilometers from Malaga city and 20 kilometers from the city of Ronda at the height of more than 733 above sea level. The San Antonio Abad church was built in the 19th century.


Photo is published under the public license: juanpol.