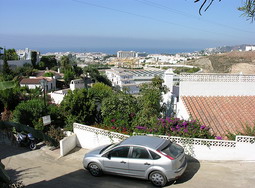 According to the report of the UDYCO (Drugs and Organized Crime Unit of National Police of Spain), organized crime rate reduced in Andalusia in 2008. More than 300 arrests were held in Malaga last year.

Antonio Morales, the Malaga’s chief prosecutor, supposes that the UDYCO specialists have successfully struggled with corruption in Costa del Sol, the most popular with tourists resort area in Spain. In 2008, they prevented money laundering on sum of about 1.3 million euros. Also, a great number of diverse currencies and more than one million fake euros were withdrawn by the UDYCO police unit.

It should be mentioned that the UDYCO began to use high technologies much more. The police unit was equipped with up-to-date laptops, GPS navigation devices, satellite communication systems and so on in 2008. Undoubtedly, it has greatly improved work efficiency of the UDYCO.

Jesús Cachiero, the Costa del Sol’ UDYCO chief, also mentions improvements in the Police Unit’ work. He notes that the main task for his subordinates had been work against foreign bands which realized their crime activity on the shore of Malaga province. Jesús Cachiero considers work of the UDYCO police unit successful in the beginning of 2009 also.


Photo is published under the public license: Tijani59.