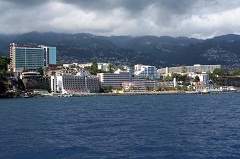 Even at the end of the 2011 summer season Malaga in Spain continues to demonstrate enviable "form". It is about the hotels of the Andalusia province, which despite the information about the crisis in the Spanish tourism industry continue to be erected on the Costa del Sol - the main holiday region of Malaga.

4000 places were put into operation in Malaga in 2011. Development of the Malaga hotel infrastructure created new jobs and attracted invest about 30 million Euros, which in itself is a testament of recovering after a prolonged recession.

As of September 2011 in total 7 hotels were opened in Malaga. Here should be added four self-service apartment complexes, according to euroweeklynews.com.

At the same time, hotels in Malaga continue to be built on the coast of the whole province. To date, the development plans of the region hotel industry includes building of 33 new hotels, which projects are in different stages of implementation. 4 new projects are already registered by the local Department of Tourism, which means the beginning of their building.

Also among the new hotels to be built in Malaga are several luxury five-star hotels, which will open its doors at the resorts of Antequera, Velez, Estepona and Almogia.

11 hotels from the number of the planned projects are 4*.

In Malaga are traditionally strong positions of the Spanish hotel chains. Among those, who have the greatest number of hotels is Sol Melia, which is represented in the province by all its brands. Such networks as Barcelo AC Hoteles also opened its hotels in various parts of Malaga. Among the international networks in Malaga are widely represented American Marriott and French Accor.