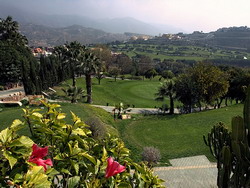 Almeria province is in the South of Spain. It boarders with the provinces of Granada and Murcia, and washed by the Mediterranean Sea. Almeria province belongs to the autonomous region of Andalusia. The only desert in Europe is situated here. This desert is a part of the National Park of Sierra Nevada. Due to the specific landscape and hot climate of the province, Almeria has become an excellent ground for western films, especially in 1960s. Films The Bad and the Ugly, A Fistful of Dollars, The Good and many others were shot here.

Almeria province is famous for its villages of cave-dwellers. Many houses here are dug out of soft cliffs. In these houses, people take cover from dry and fierce heat. The biggest cave-dweller settlements Gador, Benahadux and Alhabia are situated not far from Almeria, the capital of the province. Among places of interest should be mentioned the second biggest in the region of Andalusia Arabic citadel Alcazaba (10th century), the Cathedral of Almeria (16th century) and a natural reserve Cabo de Gata-Níjar Natural Park.

The most important economic activity of Almeria province is greenhouse farming. However, in nowadays the province is a region of fast developing tourism services. There are a plenty of attractive for tourists places: Roquetas de Mar, Aguadulce, Almerimar, Vera or Cabo de Gata. Today Almeria is well known by its unspoiled beaches, marinas, golf courses, restaurants and resorts. It is also ideal for nautical sport and windsurfing. Therefore, exactly in Almeria tourists can find satisfaction in every their wish.

Photo is published under the public license: Rietje Swart.