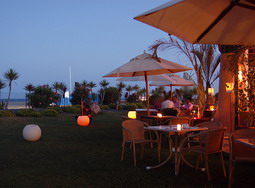 Mojacar is a village in the East of Andalusia. It is belonged to the province of Almeria and situated in an hour drive from its capital. Mojacar comprised of two separate parts. One part is located on the shore of the Mediterranean Sea, another part is in about 2 kilometers distance from the Sea. Mojacar is belonged to a resort area Costa Almeria.

Mojacar seems to be one of the great number of Andalusian villages. However, it isn’t ordinary coastal village. The history of Mojacar rises from the Bronze Age 4000 years ago. Since this time, Mojacar has been inhabited by a plenty of nationalities: Phoenicians and Carthaginians were replaced by Ancient Greeks, who called the settlement Murgis-Akra. After Greeks there were Moors, who renamed Murgis-Akra into Muxacra at first, and into Mojacar several years later. Finally, Mojacar became Spanish town in the Middle Ages. A flowering of the town had been reached in the 18th century when Mojacar’s population exceeded 10 thousands people. However, the town was almost abandoned because of strong drought. In the middle 20th the population had come to the number of only one thousand people. Fortunately, since 1960s, Mojacar has gone through a rapid tourist sector development. Today it is wonderful Andalusian resort village inhabited with more than 6000 people.

Mojacar is an unique place in the province of Almeria where you can meet an ancient building almost at every turn. At the entrance to the town there is The Old City Gate (Puerta de la Almedina) built by Moors, which dates back to the 15th century. One of the eldest building in Mojacar is The Church of Santa Maria. It was a fortress that was built in the 14th century and became the church in 1560. The New Plaza and The Old Customs House are also worth to visit. After long walk, tourists can quench their thirst at The Moorish Fountain (La Fuente Mora), which was erected in the Roman times.

In spite of the fact that Almeria is not very popular with tourists in comparison with such Andalusian provinces as Malaga, Seville or Granada, Mojacar is a real resort town with a plenty of hotels stretched along the shoreline. Besides remarkable ancient architecture, Mojacar attracts tourists with its perfect sandy beaches, which aren’t inferior to any other beaches in the most popular resort cities of Andalusia, such as Nerja or Marbella. The beaches stretch for 17 kilometers. You can find both wild beaches, where nobody will disturb you, and boisterous beaches with installations, bars and restaurants. The most popular with tourists beaches in Mojacar are Ventanicas and Cueva del Lobo.

Mojacar is also famous for its nightlife and festivals. The most spectacular festivals are Romeria de San Isidro (15 May), San Juan Hogueras (24 July) and San Agustin (28 August).


Photo is published under the public license: Emilio del Prado.