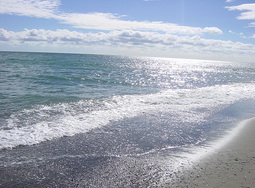 The Junta de Andalusia, the administrative organ of the Southern Spanish region, is planning to spend more than 2 billion euros on the improving of the Western Costa del Sol, the most popular with tourists resort area in Spain.

About 2 million euros have been expended since the start of the project realization. The money has been spent on the establishing of a technical office, which is destined to control an execution of the project. The improvement of the Western Costa del Sol is composed of 350 different projects. It is considered to expend a sum of 2,123 million euros in total.

The Western Costa del Sol spreads on the distance of 100 kilometers starting from Malaga city and finishing in the boarder of Cadiz and Malaga provinces. Besides the city of Malaga, the resort area includes such famous cities as Marbella, Torremolinos, Fuengirola and Estepona. The Western Costa del Sol is extremely popular with foreign tourists especially with British.


Photo is published under the public license: Allie_Caulfield.