Los Monteros Hotel, Marbella, is under the threat of closure 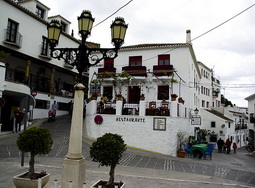 Five-star Los Monteros Hotel that is located in Marbella, a resort town in the South of Andalusia, is to be closed on 1th June.

The hotel changed its owner more than six months ago in December. Since that time, Los Monteros has experienced a plenty of financial difficulties. The stuff hasn’t been paid entirely that has provoked several protest marches. Ernest Malyshev, the current owner of Los Monteros Hotel, is threatened to pay 90,000 euro fine imposed by the Junta de Andalusia for failed administration of one of the oldest hotels in Marbella.

However, Los Monteros Hotel still has a chance to stay opened. Diego Valderas, the Izquierda Unida general coordinator for Andalusia, offered to the Junta de Andalusia to convert the hotel into Parador, the national Spanish network that includes about 90 hotels. In an opinion of Diego Valderas, Los Monteros, which dates back to 1962, will blend harmonically with other hotels of Parador.

Los Monteros is not the only hotel in Andalusia that has faced financial troubles. A plenty of hotels in Costa del Sol endure a strong slump in reservations of apartments in comparison with previous several years. Although, those who have planed to spend their vacation in Andalusia in 2009 will be definitely pleased with a reduction of prices by up to 10 per cent.


Photo is published under the public license: Meindert & Loes.