A forest fire near Benalmadena was successfully extinguished 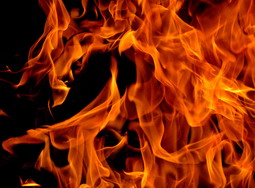 A strong forest fire became the reason of evacuation of about 250 citizens of Benalmadena, a popular resort city on the shore of Costa del Sol, on Thursday morning. At least 50 private ownerships together with a huge vacation complex Holiday World and a railway line Cercania were in jeopardy of ignition.

The forest fire started from an area between the Holiday World and the Buddhist temple in the morning of November 5. More than one hundred firefighters from neighbouring Andalusian resort cities of Benalmadena, Fuengirola, Torremolinos and Mijas were sent to struggle with the blaze that had been coming up to a big spread due to strong blowing winds. Putting out was also predicamented because of a gross vegetation of Cerro del Piojo, the area where the forest fire took place.

Thanks to the efficient work of the firefighters, extent of damage from the blaze has not exceeded huge values. However, four gardens were extremely burnt and a few parked on the territory of Cerro del Piojo cars suffered. In addition, the rail service through Cercania has been caring out without any delays. The fire was completely put out.

The police is considering two versions of the fire’s issue. The first version is a bonfire went out of control, and the second version is a spark from an electric equipment or cable.


Photo is published under the public license: Joe Hastings.